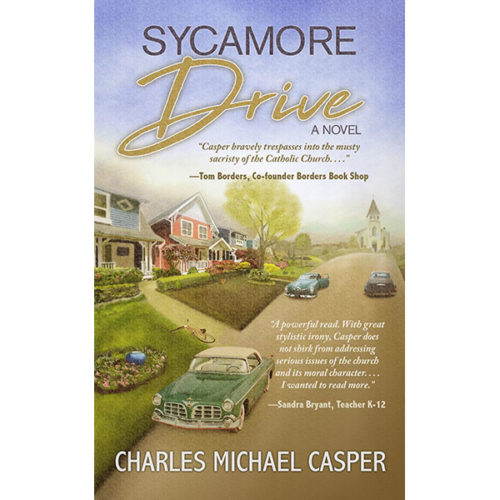 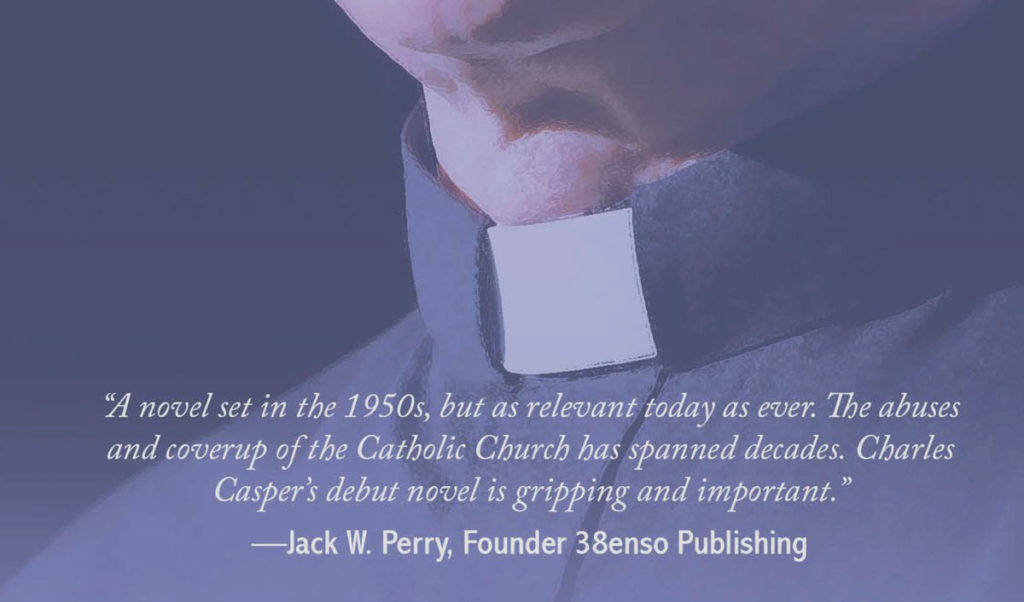 It’s 1955. Eisenhower is President and the Cold War is at its height, yet life on Sycamore Drive in the mid-sized city of Riverport, Illinois seems idyllic and sweet.

Much of the neighborhood’s social life centers on St. Mary’s Catholic Church, its parish school and a group of families that have known each other for generations. But then the revelation of inappropriate interactions with some of the altar boys at the church comes to light. Suddenly, they and their parents are at the center of the emerging sex abuse scandal, a drama that was unimaginable at the time. After all, the priest was seen as God’s representative on earth; the Church was believed to be incapable of harboring evil itself.

And so a story known to us all these years later began to play out, featuring the power and influence of the Catholic Church, the belief that an abuser could be safely reassigned after being sent off to be cured, and then the Church’s unparalleled effort to protect herself

The strange and unanticipated interaction between two families on Sycamore Drive provides the setting for the beginning of this story. It then grows to reveal a brilliant but eccentric neighbor, a courageous teacher at the school, a young priest who dares to look at signs that others ignore, and, of course, the clergy and church leaders who are either naïve or extremely irresponsible – or both.

It was in early 2002 that the widespread pedophilia scandal within the Catholic Church was first reported by national media. The Archdiocese of Boston was the focus of the these revelations, but ongoing investigations pointed out a pattern of abuse and cover-ups throughout the United States involving priests and lay members of the Catholic Church. Having been raised a Catholic, I was stunned by the news.

It was some time later that, in my view, the abuse seemed to concentrate more on the actions of the “disturbed” abusers and less so on the rights of the victims connected with this tragic scandal, rights that should have been front and center. Not so.

But most importantly, those who orchestrated the cover-up within the Catholic Church seemed to avoid the needed scrutiny. This was the beginning point for my novel, Sycamore Drive.

First-time author Charles Michael Casper spent several years on the West Coast in California and Washington State before returning to his hometown of Louisville, Kentucky in the late 1970’s. He began his career in real estate, ultimately co-founding a not-for-profit, affordable housing partnership for low income clients.

This is his first novel.

Debut novel focuses on a scandal in a mid-20th-century American town.
"An unadorned but cumulatively powerful look at the previous generations's Catholicism. Casper neatly evokes the ingrained societal trust placed in a church that was often busy hiding abuses and shuttling predators from parish to parish rather than expelling them and handing them over to the police. Readers will feel conflicting emotions effectively."

"Casper bravely trespasses into the musty sacristy of the Catholic Church, shedding some needed light… He gives us an accurate snapshot of Catholicism in mid 20th century."

“A powerful read. With great stylistic irony, Casper does not shirk from addressing serious issues of the church and its moral character… I wanted to read more.”

“A novel set in the 1950s, but as relevant today as ever. The abuses and coverup of the Catholic Church have spanned decades. Charles Casper’s debut novel is gripping and important.”

“Insightful… a very good depiction of how the pedophilia crisis was mishandled by the Catholic Church for decades.”

Right-click to save files: OSP-Sycamore-Drive-HiRes-cover-v2.jpg