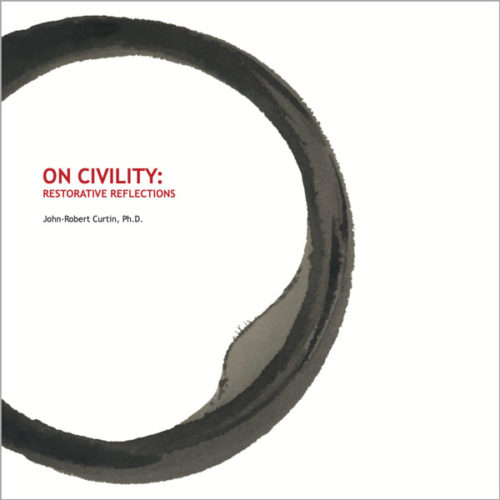 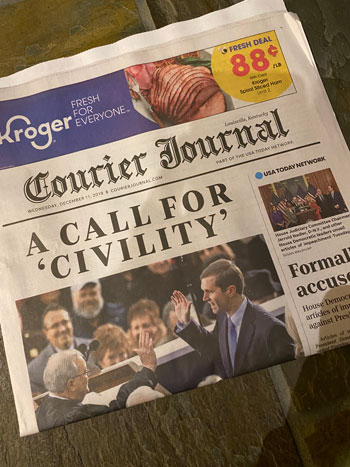 Conflict is not the problem; conflict is the messenger.

This collection of poetry centers on my reflections of the concepts surrounding civility, and writing the poems has been restorative to me and to my understanding of this ancient concept.

Beginning with the traditional notion of manners and politeness (George Washington, Rules of Civility & Decent Behavior, 1744), and continuing to the more subtle concepts of compassion, dignity, human value, human worth, forgiveness, and self-dignity, this collection is an attempt to understand and explain a concept that has varied over time and through different cultures. The concept is often connected with civilization and civil because they share the same root word, but civility is more active, more basic, and more personal. “Being civil to one another is much more active and positive a good than mere politeness or courtesy,” (Robert B. Pippin, The Persistence of Subjectivity, 2005).

In order to fully comprehend civility, one must reevaluate the status quo and build on the ancient principles of the interdependence of human beings (Dalai Lama, Beyond Religion, 2011). Civility is therefore interconnected with compassion, justice and humanity.

An important research question when contemplating civility is, “When did human life become disposable, and can we reverse that belief?” As much as civility is typically associated with qualities such as politeness and the display of good manners, for contemporary social and political theorists it has increasingly come to represent civic virtues such as tolerance, non- discrimination and public reasonableness. 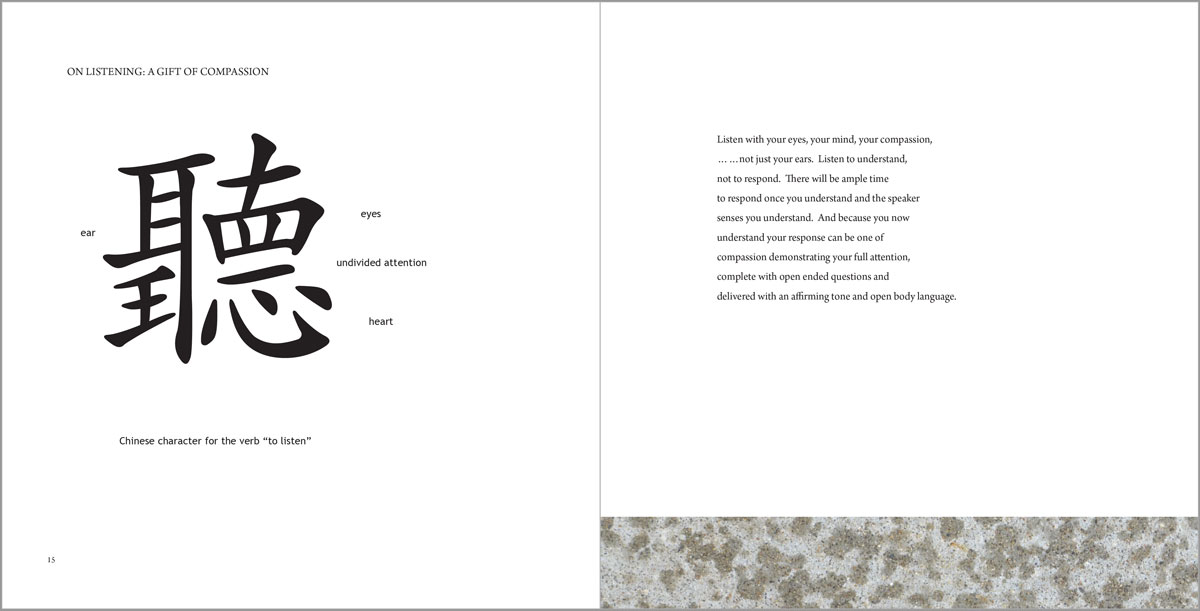 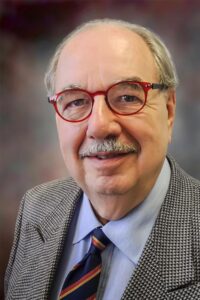 John-Robert Curtin, PhD is a Senior Fellow and Executive Director of the 4Civility Institute, Louisville, Kentucky and 4Civility Institute, Limited, Dublin Ireland. He is also a faculty member at the University of Louisville and at Indiana University and teaches graduate and undergraduate courses in mediation, restorative justice, and alternative dispute resolution. He is the author of An Exploratory Study of Existing State Anti-Bullying Statutes, (2016), Lambert Academic Press and a contributing author to a two-volume set, “Workplace Bullying and Mobbing” ABC-CLIO, Inc., Santa Barbara, California, January 2018. 4Civility Institute provides mediation training, ombuds training, certifications, software reporting systems, restorative justice, and behavioral transition practice solutions to schools, businesses and organizations. He has extensive experience in alternative dispute resolution, restorative justice, education, training, and in anti-bullying efforts. He also is the founder of the Connected Learning Network, an education-based company, which has provided online services to over 120 schools, colleges, businesses and organizations worldwide. In that capacity, he has been a sub-contractor to 8 European Commission funded projects and numerous U.S. funded projects. John-Robert is also known for his work in public television, as an Emmy award-winning producer and station president. He has over 200 local, national and international programs to his credit. His PhD is from University of Louisville in Alternative Dispute Resolution. His academic background also includes degrees in creative writing and oceanography. He describes himself as a “serial social entrepreneur with an over-commitment addiction”.

Ying Kit Chan has presented his art work in over 200 exhibitions in the United States as well as in Australia, Canada, Ecuador, Germany, Korea, Japan, England, Hong Kong, Poland, Taiwan, Italy, Switzerland and Portugal. He is presently a professor of art at the University of Louisville.

Inspired by the deep ecology philosophy as well as Taoist and Buddhist ideologies, his work celebrates the richness and diversity of all life forms, and contemplates the interconnectivity and harmony of our universe.

Frederick Smock, Kentucky State Poet Laureate 2017 - 2018, who encouraged me to publish and share this work outside of my classroom.

"A paean to civility that couldn’t come at a better time... Although civility may still have something to do with 'manners,' as the author sees it, the concept also encompasses 'compassion, dignity, human value, human worth, forgiveness, and self-dignity. Overall, the book is both an exploration and a celebration of these fundamental values.
~ Kirkus Reviews Click Here for Full Review

"… A beautifully crafted and insightful book which holds your attention and encourages reflection and introspection on the path through life and the people we meet along the way. Highly relevant in these times (COVID-19 and civil unrest worldwide) in developing a personal philosophy of actually and actively listening to bring about change...."
~ Dr. Paul Quantock, Chairman, The Foundation for Entrepreneurial Participation, Hull, E Riding of Yorkshire, UK

"John-Robert Curtin's On Civility is an insightful, instructive collection of poetry... Curtin’s prose poems are philosophical, drawing on his experiences with mediation and conflict resolution. They’re also concerned with self-help; many read like instructions or self-affirmations, placing emphasis on accepting responsibility and creating one’s own destiny. Incivility in the workplace, the strengths and failures of communication, and the power of listening are addressed in poems like 'On Listening: A Gift of Compassion':

Listening to understand is a gift that you can bestow
on others while you receive a tremendous
return on investment. I learn very little when I am
listening to respond and at best, I only amplify my own
ignorance as I convince myself of my own importance.

Witty moments lighten the elsewhere heavy tone: one entry asks whether 'converting oxygen to CO2 your primary purpose,' while another, 'On Being Trumped or Chumped'—an apparent criticism of President Trump—is quick to integrate with the book’s overall theme. It makes the essential point that one person’s normal is another’s abnormal."
~ PETER DABBENE, ForeWord Reviews Click Here for Full Review

Right-click to save files: OSP-On-Civility-HiRes-cover-v2.jpg