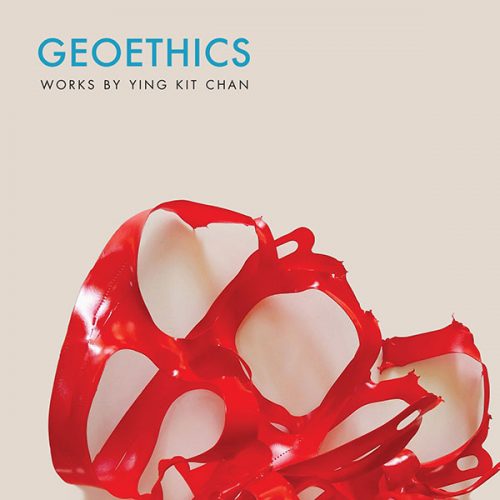 In 1977, Ying Kit Chan’s The Way Is A Void (1977), a woodcut print, was selected by the Hong Kong Museum of Art for the Urban Council Award at the Hong Kong Contemporary Art Biennial. The title of this work was taken from the Chinese classical text Dao De Jing. The teachings of Dao De Jing influenced Chan’s artistic style and conceptual themes, which reflect the spirit of nature and alert of human destruction to our planet.

Along the path of development, his contemplative work also synthesized Western ideas of Romanticism, American transcendentalism, existentialism, and phenomenology. While his broad interests in philosophy range from Aristotle, Spinoza, Schopenhauer, Ursula Le Guin, John Rawls to Alain Badiou, his philosophical investigation often leads him back to his roots to intersect with Daoism and Buddhism. The selected images in this book outline several themes and represent varied mediums in Chan’s artistic expression of the subject. Like the order of the universe, this artistic journey has come full circle.

Serving as a professor at the University of Louisville for over three decades, Chan has been able to integrate his professional pursuit with his teaching. As an educator, he is also a pioneer in incorporating new content into the studio art curriculum. He has introduced many new materials and mediums into the classroom such as computer art in the early 1980s, web design and net art in the mid-1990s, and art and sustainability as a studio art course beginning in 2009. He is a member of the International Association for Promoting Geoethics. As exhibited by the span and breadth of his work, his consistent thematic focus on nature has produced a bounty of artistic materials, concepts, and cultural insights.

Contemporary practice in art is concerned not only with aesthetics but also with ethics. The philosophy of geoethics emphasizes the importance of cultivating our ecological consciousness. Geoethics calls on our ethical responsibility to care for our planet and work toward a harmonious relationship between humankind and the environment. Furthermore, geoethics encourages us to seek out truth within our relationships and to fight for equality and fairness for all humans. The core idea of geoethics is the study of ethics, which is an understanding of morally right actions and our responsibility to the Other.

Ying Kit Chan is a Chinese-American artist who was born in Hong Kong. In the ’70s, he studied art in several colleges in Hong Kong. In 1979, Chan continued his study in the United States and received his BFA from the University of Oklahoma (1981) and MFA from the University of Cincinnati (1983). Between 2003 and 2005, he attended the European Graduate School (Division of Philosophy, Art, and Critical Thought) in Saas-Fee (Switzerland) and Paris and has taken seminars with some of the world’s most visionary thinkers including the late Jacques Derrida and Jean Baudrillard.

Right-click to save files: Old-Stone-Press-Geoethics-HiRes-cover-v2.jpg