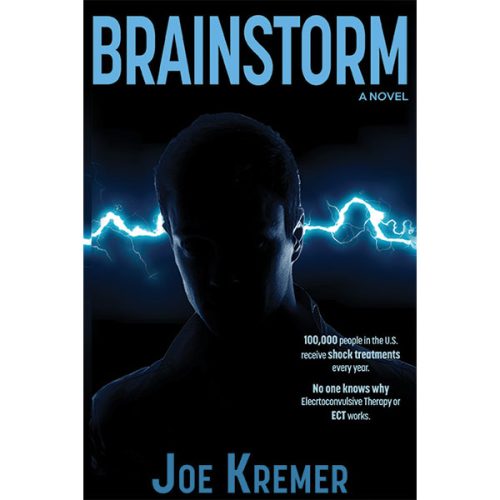 What happens when your sixth sense goes haywire?

100,000 people in the U.S. receive shock treatment every year. No one knows why Electroconvulsive Therapy or ECT works. 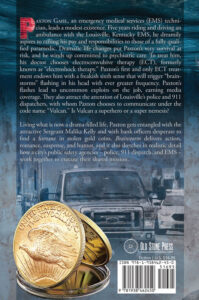 Paxton Gahl, an emergency medical services (EMS) technician, leads a modest existence. After five years of riding and driving an ambulance with the Louisville, Kentucky EMS, he dreamily aspires to raise his pay and responsibilities to those of a fully qualified paramedic. Dramatic life changes put Paxton's very survival at risk, and he winds up committed to psychiatric care. To treat him, his doctor chooses electroconvulsive therapy (ECT), formerly known as "electroshock therapy." Paxton's first and only ECT treatment endows him with a freakish sixth sense that will trigger "brainstorms" flashing in his head with ever greater frequency. Paxton's flashes lead to uncommon heroic exploits on the job, earning media coverage. They also attract the attention of Louisville's police and 911 dispatchers, with whom Paxton chooses to communicate under the code name "Vulcan." Is Vulcan a superhero or a super nemesis? Living what is now a drama-filled life, Paxton gets entangled with the attractive Sergeant Malika Kelly and with bank officers desperate to find a fortune in stolen gold coins. Brainstorm delivers action, romance, suspense, and humor, and it also sketches in realistic detail how a city's public safety agencies—police, 911 dispatch, and EMS—work together to execute their shared mission.

In the science fiction novel Brainstorm, an ordinary man develops extraordinary powers but still manages to approach his traumas with humor and heart.

Not your usual, predictive mystery. Joe's unique writing style will charge your most vivid imagination as he pulls you into the mind of an EMT who not only knows where a crime or injury has taken place but 'sees' as it happens.

Author Joe Kremer is one of a kind and so is his book.

Love a first-time novelist (especially with such an interesting background. I’m betting J Kremer has more novels in him). Personally not much for giving presents during the holidays but I know too many reader friends who will like this book .....and what better way to spend a Covid Winter than reading a good book?

I enjoy and seek debut writers. I find that a lot of us have at least one marvelous story in us, nevertheless, few of us are brave and disciplined enough to tell it. Brainstorm, by J. Kremer, stands out in this category. The mixed-genre makes this a life story with several twists. Brainstorm captures the wonder, surprise, sadness, and laughter, hope, heroism, and love. Add a pinch of unexplainable phenomena and Kremer delights the reader with each page of his story.

1st Book & Hopefully not the last!!

I don't know what kind of mind it takes to come up with this kind of story, but I hope they are still at it.

My wife & I fought over the book to try to get to the final chapter! Hope you enjoy it as much as we did! 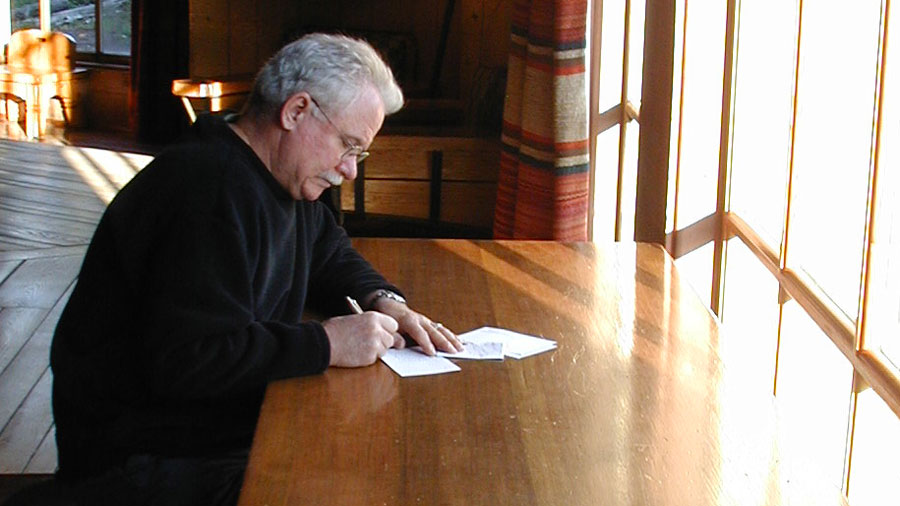 "100,000 people in the U.S. receive shock treatments every year for severe depression and 70 percent of the time they are effective. What made me want to write a story around this is because nobody really knows why ECTs work." — Joe Kremer

Before sitting down to write his first book, Joe Kremer set about to collect a wealth of life experience. He earned a degree in cartography and circled the globe as a satellite surveyor for the U.S. Department of Defense. Returning to Louisville, he convinced his high school sweetheart to marry him and became a master bench jeweler. After winning international awards for jewelry design and manufacturing, Kremer returned to his life-long passion, writing. His curiosity about shock therapy came about when his wife, Kathy had that treatment and from hearing stories from a good friend who is an ER psych nurse. Joe Kremer lives in Louisville, Kentucky with Kathy and their anti-social cat Manfred.

This is his first novel.

Daniel J. Middleton began his career in book publishing in 2001 by proofreading and copyediting galley proofs for a small Brooklyn-based press. Since that time, he has developed a love of graphic design and illustration. He has had the pleasure of working with a number of successful self-published authors and small presses with unique offerings. Daniel also writes and illustrates for uniquecoloring.com, his independent, self-owned media company that features inspiring videos, articles, coloring pages, and books celebrating black history and culture.

Right-click to save files: OSP-Brainstorm-HiRes-Cover-v2.jpg