A Gathering Storm of Romance, Revenge and Espionage in Postwar South America 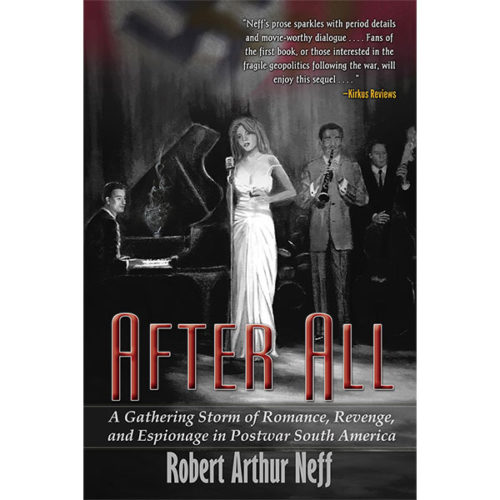 [After All is a sequel to Robert Arthur Neff's debut novel Über Alles, September 15, 2016]

Two years before the end of WWII, two gifted German Jewish musicians—one a Holocaust survivor who barely escaped the infamous Theresienstadt concentration camp with his life, the other the daughter of a prominent Wehrmacht general—having fled the catastrophic Nazi conquest of Western Europe, where they had been hunted and hopelessly separated, reunite in Brazil. Dieter Meister, barroom piano man extraordinaire, and scintillating chanteuse Sofie von Siegler, the subjects of Robert Arthur Neff's first historical novel, Über Alles, seize a second chance at freedom and a life together.

But residual shadows from the war’s conflict soon darken the skies of their bright new world. Determined parties, from a fledgling American intelligence agency to Nazi hunter Simon Wiesenthal, relentlessly sniff out the trail of Sofie’s father, hiding out in South America. As the net draws tight around Sofie and Dieter, it’s impossible to tell who can be trusted. And the United States, after having assembled a military force unparalleled in history and executed a remarkable strategy for victory, turns out not to be so well prepared for the war's aftermath. 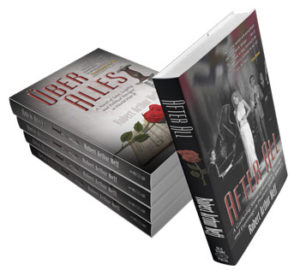 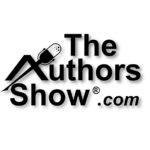 “Neff’s prose sparkles with period details and movie-worthy dialogue . . . . Fans of the first book, or those interested in the fragile geopolitics following the war, will enjoy this sequel . . . . ” — Kirkus Reviews

"After All recounts the fast-moving pusuit of an escaped German General through South America, using his attractive songstress daughter as the live bait. You'll be hooked early and entertained throughout this well-written historical novel." — Julian Terry, Motion Picture Director, Hollywood, California

“ The many international settings, from Soviet-threatened Prague to an Oktoberfest celebration in Blumenau, Brazil, give After All a thrilling atmosphere . . . . After All is a historical novel full of talented liars, alluring places, and plot points drawn from real life.” — Eileen Gonzales, Clarion Foreword Review

"Romance, Revenge, and Rio create the perfect storm that will have you on the edge of your seat as you find yourself traveling back to an era and an exotic place so full of danger and intrigue, you won't want After All to ever end." — John Livesay, TEDx speaker and author of Better Selling Through Storytelling

“Educational yet riveting. Solid historical fiction with evident research and assimilation and a pleasant writing style make this an exceptionally good read. Weaving true history into a fictional tale of suspense, drama, intrigue, displacement, and other difficulties takes a special gift, which this author has.” — Jan Tangen, NetGalley 5-Star review

“After All integrates love, spies and personalities developing in different places simultaneously—all moving interactively toward a definitive ending. It describes the end of World War II and the beginning of the Cold War. It is a mystery and a history to be enjoyed.” — John Wiles, international traveler; managing partner, B&W Sporting, LLC

“The two books (Über Alles and After All) are the outline of a screenplay for a fantastic movie. (I’ll volunteer as a technical consultant!) Hats off to author Robert Neff.” — Richard Pabst, CIA (retired)

“Robert Neff draws heavily from his experiences living and working in the culture he includes in his books. You are his pupil, but he allows you to become emotionally involved with the engaging lead characters. These two books (Über Alles and After All) offer so much to the reader that they should be well circulated to book groups and libraries across the country and abroad. They are night-table musts.” — John Brophy, Cornell University Alumni Magazine

A Letter of Amends

This letter is long overdue, but until we learned of the Allied Victory in Europe on Tuesday, I could not safely send it. As it is, I am not using your name on the envelope, but only the Box Number at Praha Hlavni Nadrazi Station which you gave to me. I hope you will acknowledge your receipt. Just use the hotel name above and indicate that it is for “The Piano Man“.

Elsa, I believe that I have been born twice. First at Dr. Hoch’s Konservatorium in Frankfurt, on June 20, 1911, when an elderly Jewish physician used his forceps to ease me from the body of a young music student named Eva Rosenberg. She was destined to perish in The Great Influenza Pandemic before my eighth birthday. I was born the second time on a roadside outside the Theresienstadt Detention Camp near Prague, on March 6, 1943, when you and the big Gypsy fellow pulled my moribund body from a large garbage can filled with putrid fish entrails. You both risked your lives to free me, and then you nursed me back to some semblance of health and delivered me to the next link in my escape path.

That journey took me to Lisbon, where I became a supernumerary crewman on a freighter bound for Brazil. Once here, with an introduction and endorsement provided by my former (Portuguese) manager at The Fischerstube in Berlin, I became “The Piano Man” in the lounge bar and restaurant of Brazil’s most-famous luxury hotel. You can imagine the change in my life! For over three years I had wallowed in the filth and sickness of Theresienstadt - and had survived only by providing piano music for the guards and billeted military. I also cleaned their dining areas, latrines and kitchen, and augmented my meager meals with leftover scraps salvaged from their dirty plates. Then, in only a few weeks, I was miraculously transformed into a well-paid, well-fed entertainer in an overpriced luxury hotel, observing the eccentricities and foibles of the world’s “celebrities”. I had truly been born again, and you were the midwife!

I will always remember how you cleaned and dressed the sores on my body and massaged my limbs each day until I could move about on my own. You bathed me as if I were a child and encouraged me to eat and read and speak and think like a free person again. Most importantly, you sheltered a fugitive at the risk of your own freedom - perhaps even your life.

Elsa, of course I know that you were a professional gatherer of Intelligence working in enemy-held territory. I also realize that your work was generally performed as part of an “escort service” where your charms could loosen the tongues of occupying military and business men. It was depersonalizing and undoubtedly humiliating for you. In the last moments we shared, I reassured you that “...you are not a whore - you are a warrior”, and more than ever I know how true that was. With the war now ended, I want to reverse our roles and help you to be born again - and I have already put this in place - so you cannot say “no” to me.

A year ago, at a place called Bretton Woods in the USA State of New Hampshire, the finance people from many Allied countries set the base for post-war business and trade. They agreed on exchange rates which are now in effect. I have most of a Swiss Franc account - which was set up by a friend who you know, to help my escape - sitting untouched with Bank Julius Baer. I have instructed them to release the contents to you, using the name by which I know you, plus the date on which you freed me, expressed as dd/mm/yyyy. The account’s assets, at the Bretton Woods exchange rate, will provide you with about 19,000 US dollars. I am told that dollars are the desired post-war currency and that you should be able to acquire a cozy apartment almost anywhere in Europe with that amount.

You are a talented and charming woman, but we are both approaching our 35th birthdays now and it is time for us both to emerge from the chrysalis stage into our new-born selves. You made that possible for me and now I can partially return the favor - so do not deny me that.

With warmest affection and unbounded gratitude,